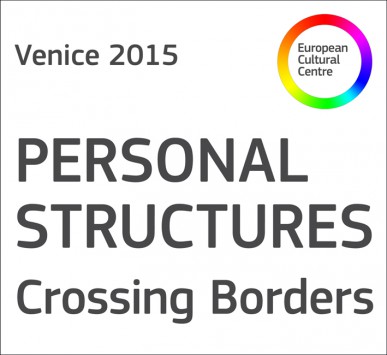 In the context of Venice Biennale 2015, the European Cultural Centre presents its opening exhibition, Personal Structures: Crossing Borders in two of its prestigious Palazzo’s in Venice – Palazzo Bembo and Palazzo Mora (9 May – 22 November 2015).

The exhibition shows an extensive combination of established artists and artists whose practice is less known. The artists, although mainly from Europe, come from many different parts of the world and are expressing themselves in various ways.

Visually, the artworks may appear very different. Their common ground is the artist’s subjective, personal expression of his or her reflection on the concepts Time, Space and Existence.

The exhibition mainly presents recent artworks by over 100 living artists, either site-specific, especially made for this exhibition, or coming directly out of the collection of the artist. Some rooms in the Palazzo’s are dedicated to the presentation of a single artist, while other rooms will host a combination of projects and works.

Personal Structures: Crossing Borders shows the commonness and differences between Europeans, this in a dialogue with works of non-Europeans.