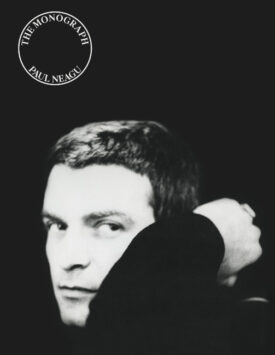 This is the first comprehensive monograph dedicated to the Romanian-born artist Paul Neagu (1938–2004), who lived in London from 1971 to his death. It explores his manifold artistic practice which includes performance, sculpture, exhibition display, drawing, painting, video, photography, and poetry, within a holistic, metaphysical view on art.

Neagu’s aim was to develop a visual idiom that would be understood across cultures, but the demands and investigations of which are complex. This volume reevaluates his importance in London’s cosmopolitan artistic scene since the early 1970s and examines how his work was informed both by Western and Eastern avant-gardes.

Neagu’s philosophical approach to his work led him to push the boundaries of abstraction that he first discovered (in his early years) clandestinely in Communist Romania. Having used his own body as a medium in his performance of ‘ritual’ events, he often referred to embodied experience. He promoted physical engagement with his work, and his ritualised performances thus often left a trail of sculptural objects and created immersive, sensory experiences.

Always informed by his experience of conflict, and a desire to express the paramount importance of the spirit in the modern world, his works command an intensely visceral response. In 1972 he established the Generative Art Group, encompassing five fictitious members, with each alias representing a different part of his creative psyche.

Neagu studied at the Bucharest Institute of Fine Arts before moving to London in 1971 and had his first exhibition at the Museum of Modern Art, Oxford, in 1975. He was a well-respected teacher, most notably at the Slade and the Chelsea School of Art, and in 1976 became Associate Professor at the Royal College of Art. Antony Gormley, Anish Kapoor, and Rachel Whiteread count among his students.

Published with the Paul Neagu Estate on the occasion of the artist’s retrospective at the Neue Galerie Graz (March–June 2022), National Museum of Art, Bucharest (winter 2022), and Camden Arts Center, London (2023).

£30.00
Coming soon
(subscribe to our newsletter be the first to know when this title is available)