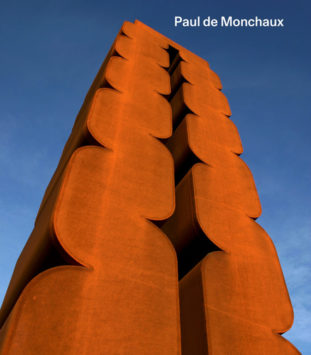 Paul de Monchaux (born 1934) has been a quietly influential presence in British art over the last 50 years, inspiring generations with his beautifully made and measured sculptures.

De Monchaux began his career as a student at the Slade School of Art, London in 1955; 10 years later he was teaching at Camberwell School of Art in London where he worked for over 20 years as Head of Sculpture and Head of Fine Art.

Early portraits and Head and Handworks from the 1960s and 1970s reveal an artist who combined thinking and making in subtle and unusual ways, privileging form over material and blending geometry with intuitive shaping.

The stunning carved stone sculptures for which he has become well known reward careful and prolonged attention and reveal a subtly contemplative sculptural imagination, not unlike that of Constantin Brancusi, who was been a huge inspiration to de Monchaux over the years.

His public projects, begun in the 1980s, have also been critically acclaimed, and later works such as Song (2005), Silence (2007) and Breath (2011), all illustrated in this book, show a mature artist with a rare and highly poetic sculptural sensibility.