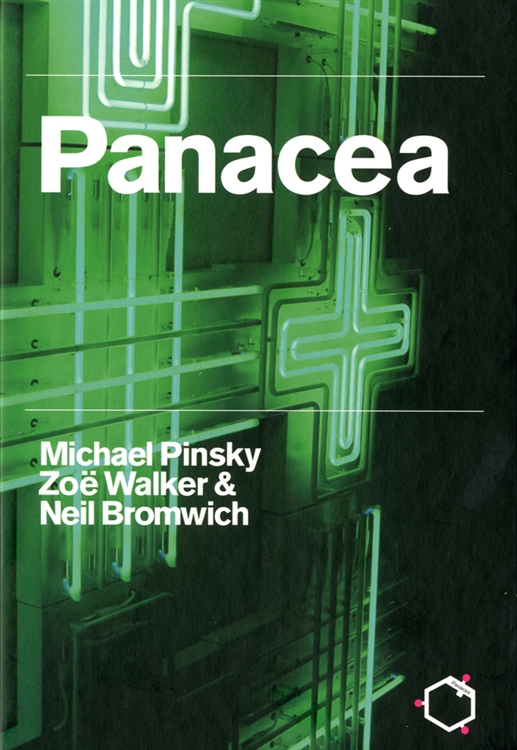 Panacea: the art of wellbeing is an evolving, expandable and traveling artwork designed to function as a universal formula to cure social, economic and political problems.

Devised and developed by the artists Michael Pinsky, Zoë Walker and Neil Bromwich, it strikes a fine balance between naïve optimism and ironic critique – a humorous and thought-provoking comment on society’s increasing demands upon the artist as ‘social reformer, economic revitaliser and catalyst for all things good’.

Three publications have been published by John Hansard Gallery: This one, Panacea, which gives an overview of the project and the commissioned works; and two monographs, one of the work of Michael Pinsky and one of the works of Zoe Walker & Neil Bromwich.

These are available either individually or as a set (9780854328659) £19.95. Between them, they thoroughly document all new works made throughout the project and include discussion and debate around the various issues brought about by the ideas behind Panacea.