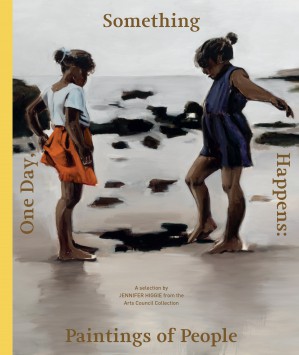 In One Day, Something Happens: Paintings of People the celebrated writer, art critic and co-editor of Frieze magazine, Jennifer Higgie illuminates her fascination for the figure in modern British painting through the works of 40 diverse artists from the past century.

Teasing out common themes, from representations of joy and loneliness to masks and the carnivalesque, this highly illustrated publication offers a very personal journey through contemporary figurative art.

This book includes interviews with key British artists and texts by contemporaries such as David Noonan, Paula Rego, and Lynette Yiadom-Boakye on their own practice.