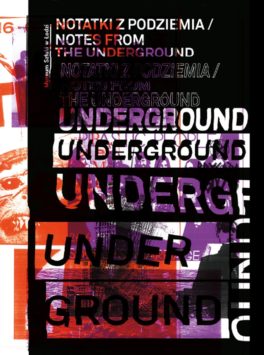 Notes from the Underground explores the close and often dynamic relationship between visual artists and musicians in Eastern Europe under communist rule.

The vibrant cultures that formed at the crossroads of art and music subscribed to the idea that they presented an alternative to mainstream tastes and social conventions.

Sometimes they were met with censorship and control by regimes which viewed all forms of difference with suspicion.

Rock in the 1970s and, later, punk and new wave were as much sensibilities as musical genres and, as such, stimulated innovative visual art, film and literature as well as idiosyncratic ways of living.