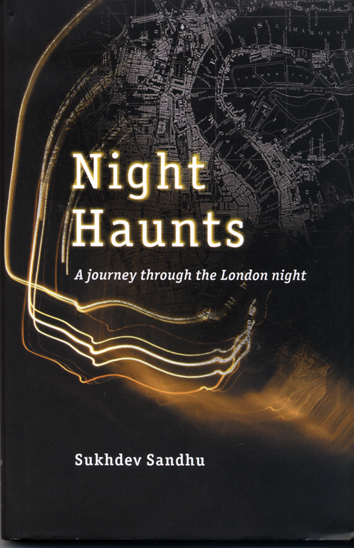 Sukhdev Sandhu journeys across London at night in twelve essays which see him prospecting with the people who drive its pulse, from the avian police to security guards, urban fox-hunters and exorcists. He wades through the sewers, hangs out with fugitive graffiti writers, and accompanies the nuns of Tyburn as they pray for the souls of Londoners. Night Haunts seeks to reclaim the mystery and romance of the city – to revitalise the great myth of London for a new century.

Published by Artangel and Verso.

£10.95
Buy now
(Your order will be fulfilled by Ingram Publisher Services)