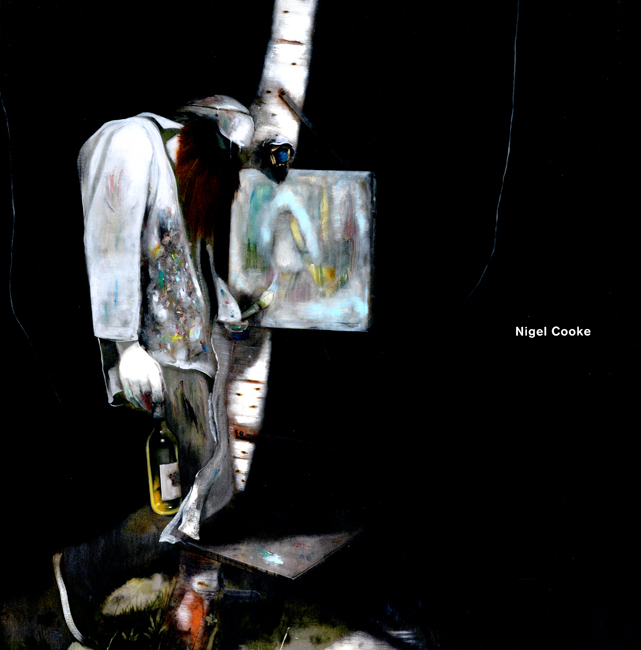 Nigel Cooke’s paintings construct a dark and melancholic world; a deeply psychologised landscape filled with an atmosphere that articulates the trauma of creative dereliction.

At its core, Cooke’s work is an allegorical conception of creativity and production, played out in a world populated by artists and philosophers.

This is a place haunted by vagrant and degenerate martyrs who have caved in to a parody of existentialism and committed themselves to experience over abstractions of thought.

These characters abandon reason, willfully and foolishly throwing themselves headlong into the unseen and unknown.

Included is a conversation between Nigel Cooke and Martin Herbert.