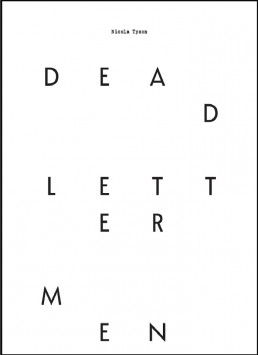 Nicola Tyson – best known for her slyly humorous, psychologically compelling figurative paintings – has written a series of letters to a select group of famous dead artists.

Titled, Dead Letter Men this artist’s book includes missives to Pablo Picasso, Francis Bacon, Edouard Manet, Thomas Gainsborough, James Ensor, Max Beckmann and the anonymous man on the street. They appear alongside some of her own photographs and portraits of the artists.

‘Dear Francis Bacon, Yes… I admit it: there was a stage in my student years when I got myself entangled in an S&M relationship with your work…’

Tyson, who has always resisted explaining her own work, has used this medium as a humorous way of investigating and describing the cooordinates from which her working practice has evolved. Nicola Tyson is a British artist based in New York since 1969.