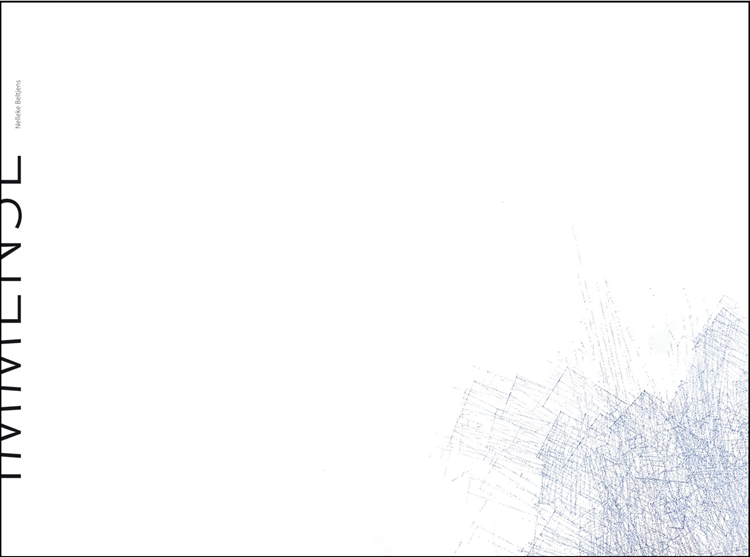 Immense is the first publication documenting the drawings of Dutch artist Nelleke Beltjens. Her highly complex works have been shown internationally, including galleries and art fairs in New York, San Francisco, Germany and Switzerland.

Fragmentation is the overriding principle of these works. The structure of lines has no longer anything to do with a firm definiteness. The staccato of the short successions of pen marks rather has a dynamic, rhythmic character.

In our perception of Beltjens’s works, there is no possible perspective anymore that would give us the impression of completeness. From a certain distance the forms seem like intangible, cloud structures. Coming closer, they disintegrate into an excess of individual information.

The range extends from markedly terse and ephemeral forms, seemingly in danger of being blown away by the slightest breeze, up to the striking, energetic repetitions of forms.