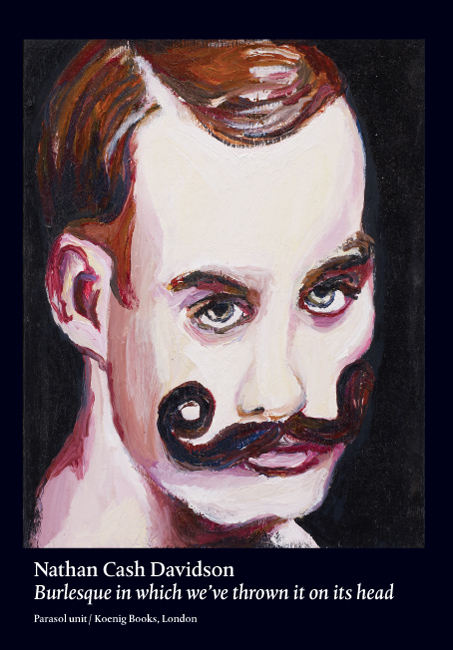 Burlesque in which we’ve thrown it on its head is an encounter with Cash Davidson’s prodigious talent for figuration and architectural detail, and his wry and irreverent wit.

These accomplished and confident works evoke a rich interior landscape whilst also offering an often bleak and discomfiting perspective of the contemporary metropolis.

Cash Davidson’s writing – ‘…Armoured objects selected never last / faster / than the star/ Reflect the future and the past in one’ – echoes his preoccupation with levelling history, mythology and the 21st Century.

This catalogue marks the occasion of the first solo exhibition of this exciting emerging British artist in a not-for-profit gallery.