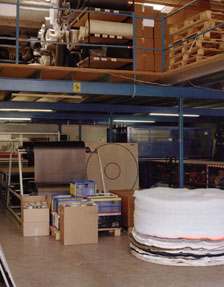 At a time when globalisation is making the forms and surfaces of the world increasingly indistinct, there is an anxiety that identity – whether personal, cultural or national – will be lost.

Within design there has been a definite movement towards re-injecting personal meaning into designed products which has manifested itself in various ways, from the reinterpretation of folkloric or historicist motifs and techniques, to concerns with re-using or recycling materials or objects; idiosyncratic and customised approaches to distribution and sales or ingenious manipulation of digital technologies.

The adoption of practices and discourses more usually associated with craft by design became the subject of an exhibition commissioned by Experimenta, who asked the British Council to take the lead in developing this theme for an international design exhibition which was shown at the Lisbon Design Biennale in September 2005.