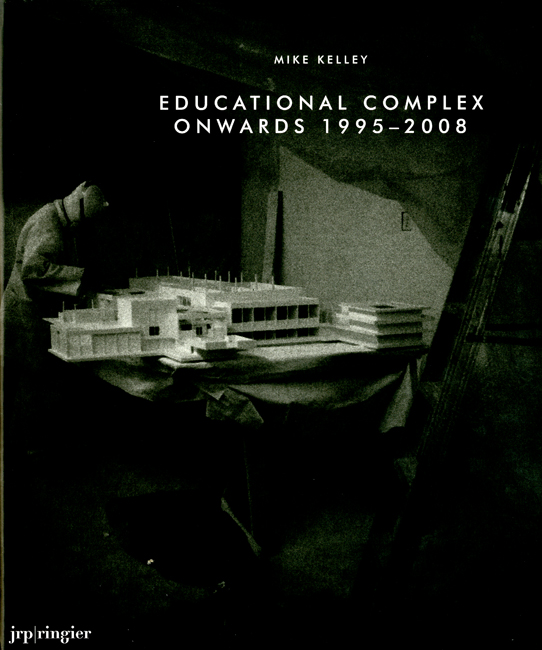 In 1995, Mike Kelley realised Educational Complex, a model of the school he attended and the house where he grew up.

The blind spots of the model represent forgotten zones, and are interpreted as symbolic places of ‘institutional’ abuse.

For Kelley, this work thus marks the beginning of a series of projects where autobiography, memory, and the reinterpretation of previous pieces become the privileged instruments in a poetic deconstruction of the structures and systems initiated at the end of the 1970s.

Educational Complex Onwards, 1995 – 2008 is the first book bringing together these different works and offering such an overview of the development of Kelley’s practice.

Each project is extensively documented by artist’s texts and reference material, while essays by Diedrich Diederichsen, Howard Singerman, and Anne Pontégnie explain the systemic change that the artist impulsed in his work to shift its direction and understanding.