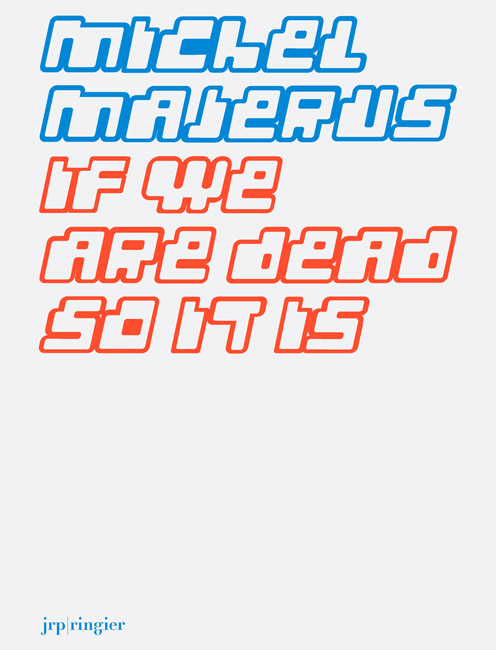 Michel Majerus’ (1967 – 2002) work combines painting with digital media. His practice drew on works by de Kooning, Ellsworth Kelly, Andy Warhol, and Gerhard Richter in inscribing slogans and comic figures on the dull greys and blacks of a cityscape. Majerus’ paintings were configured as mental as well as physical spaces. They condensed contemporary signs belonging to pop and youth culture, and the desperate attempt of the artist to use his own free will on them. Pop culture icons, such as videogame heroes and the signs and symbols of electronic music, skateboard culture, gadgets, and sneakers, occupied the space.

The artist died in a plane crash in 2002. Despite the brevity of his life, he left behind a surprisingly extensive oeuvre and this unique book project. Before the book could be published, however, print-quality image material had to be assembled. It was possible to salvage the files on the hard drive of Michel’s computer, but those he had only saved to his desktop were lost in the crash. The publication tries to reconstruct his original design as faithfully as possible. Published with the Estate Michel Majerus and neugerriemschneider, Berlin.