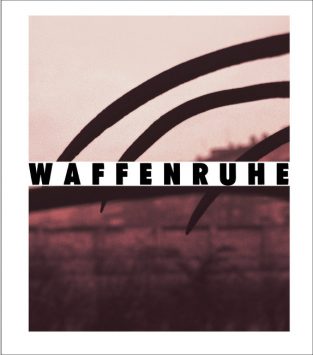 *This title is out of print*

In contrast to the consciously sober – but far from clinical images of his earlier series, Schmidt uses atmosphere-laden details with high-contrast black-and-white images of Berlin’s cityscapes, details in nature, and portraits in Waffenruhe (Ceasefire) to create a subjective, leaden picture of a still-divided city.

He no longer deploys the techniques of pure documentation, but brings together surprising combinations of images to express a generation’s dystopian sense of life shortly before the fall of the Wall.

Schmidt evokes a world of ruptures and absences that eschews a confident, comprehensive point of view. The images work with Einar Schleef’s text to create a brusque, entirely individual perspective on the fragility of human existence.

The first edition, published in 1987 by the Berlin-based Dirk Nishen Verlag quickly sold out and continues to fetch high prices on the antiquarian book market. Thirty years later, Waffenruhe (Ceasefire) is now being re-printed.

This artist’s book – often included on lists of the Most Influential Photographic Books of All Time – is once again being made available.