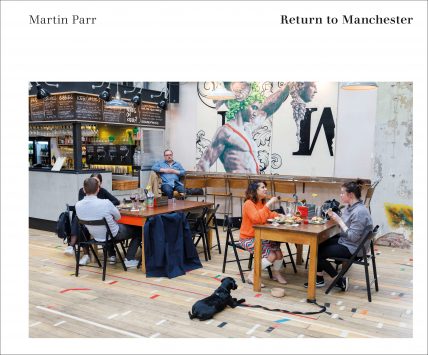 The exhibition accompanying this one finishes this month so make sure you catch it as it’s a cracker. The book is excellent too and showcases Parr’s Manchester work. He has a knack for capturing a place and moment in time perfectly and it’s a brilliant snapshot of Manchester and Salford from the 1970’s onwards - Staff Pick

He has revisited the city many times over the last 40 years. Ranging from black and white images of Prestwich Mental Hospital in 1972 and Yates Wine Lodges in 1982-3, to colour pictures of people shopping in 1986 and 2008, this book brings together Parr’s Manchester photographs.

Bringing this work up to date a new commission, a portrait of the city and its people in 2018. Parr has photographed people in hairdressers, at markets, in Mosques, in cafes, playing sport, in factories and in the gay village.

He has captured scientists’ ground-breaking research at Manchester University, fans of the city’s world famous football teams and the state of the art BBC facilities at Media City.

The images show a diverse, inclusive and multi-cultural city and reveal people’s passions, skills, relationships and quirks – celebrating the humanity of the everyday.

Published on the occasion of the exhibition, Martin Parr: Return to Manchester at Manchester Art Gallery (16 November 2018 – 22 April 2019).