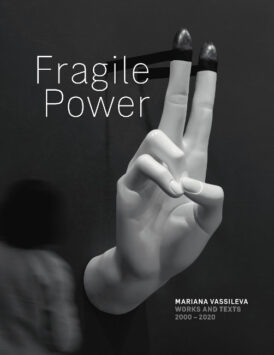 In her artistic production, the Bulgarian artist Mariana Vassileva (b.1964) acts like a trapper, inasmuch as the external appearance of her works proves to be seductively simple, poetical and aesthetically balanced, so that it radiates an irresistible attraction. At second glance, however, the depth of content and biting comments on social realities reveal themselves.

Again and again it is about violence, pain, homelessness or vulnerability amid seemingly everyday hierarchies. But Vassileva does not stop at the observation of such sensitivities. Mostly it is accompanied by a humorous break or the longing for a state of affairs in which seemingly irreconcilable oppositions are brought into harmony.

£26.00
Coming soon
(subscribe to our newsletter be the first to know when this title is available)