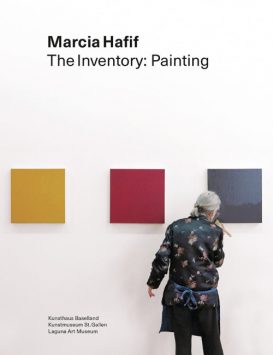 ‘I do use paint. I paint my canvases, but I’m not a painter’ — Marcia Hafif

American artist, Marcia Hafif (b. 1929, California) is among the pioneers of the 1970s who fundamentally broadened conceptions of the practice of painting and understanding of art per se.

Since the 1980s, terms like ‘radical’ have been used to describe Hafif’s work with monochrome painting. The pencil on paper drawings, vertical pencil marks covering a surface, begun in 1972, led to the vertical stroke in paint.

Her work in both mediums still continues, fitting within what she calls The Inventory. Each series included in The Inventory develops a single medium using traditional methods and materials for making paint and preparing a ground. Individual works in a series can be larger or smaller, and usually are made with vertical brushstrokes, with which the effects of unmixed colours on a suitable painting ground are sounded out.