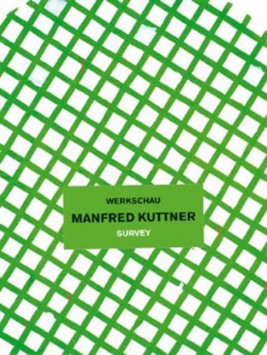 The four artists jointly organized the Demonstrative Ausstellung (Demonstrative Exhibition) of 1963 in Düsseldorf, which was conceived to convey their radical rejection of all established art venues and to simultaneously position themselves in the art scene.

This exhibition saw the founding of so-called German Pop Art and the coining of the term Capitalist Realism, which would later write art history. Kuttner contributed abstract pictures and painted objects.

In both cases he employed newly developed fluorescent Plaka paints in neon hues that otherwise tended to find application in advertising graphics. He thus associated the aesthetics of Pop Art with non-objective painting in his pictorial works.