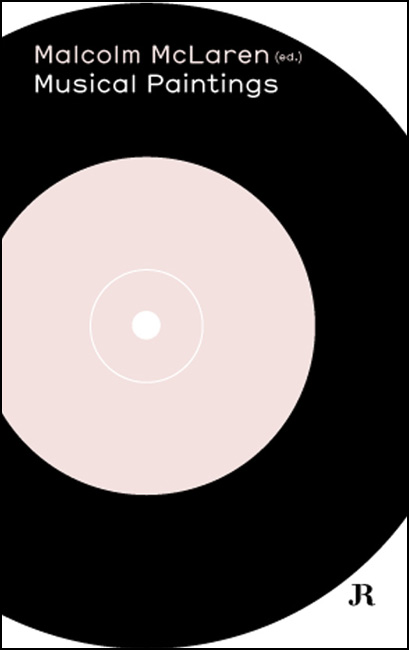 ‘Today,’ declares Malcolm McLaren, ‘there are two words that sum up the culture: ‘authenticity’ is one, and the other … ‘karaoke’! Many artists spend their entire life trying to authenticate, make true, a karaoke culture – but you have to be a magician to make that happen.’

This book, like the exhibition it stems from, is built around McLaren’s Shallow, a series of 21 ‘musical paintings’ made from a ‘grab bag of pop culture’s debris over the past 50 years.’

Malcolm McLaren – a seminal figure in the Punk scene – has proven to be a visionary of pop culture and a pop cultural icon for over 30 years. With Shallow, he is formally announcing his identity as an artist.

Published on the occasion of the exhibition Musical Paintings at ScheiblerMitte, Berlin, November 2008 – January 2009.