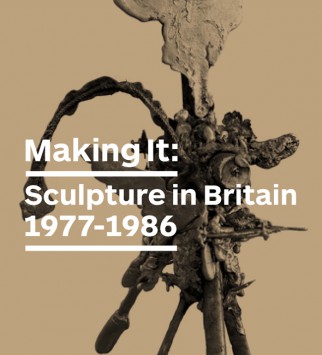 The late 1970s and 1980s witnessed the emergence of a younger generation of artists working in the United Kingdom who began to receive international attention for practices which, although incredibly diverse, shared a revived interest in the sculpted object, in materials and in ideas around making.

Some of these artists, such as Kate Blacker, Tony Cragg, Richard Deacon, Antony Gormley, Shirazeh Houshiary, Anish Kapoor, Richard Wentworth or Alison Wilding, rose to prominence under the loose banner ‘New British Sculpture’, while other artists, such as Eric Bainbridge, Helen Chadwick, Julian Opie, Cornelia Parker and Richard Wilson, were forging reputations for their innovative approaches to sculpture.