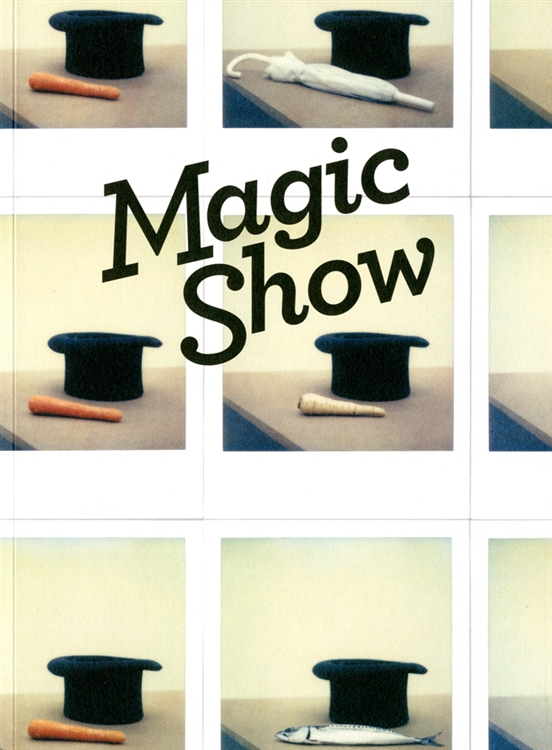 Magic for some invites the creative agency of fantasy and illusion; for others it signals a license to employ deception.

Magic Show demonstrates how visual artists and magicians both operate in realms where logic becomes unstable, and superstition, fantasy and mysticism encroach.

It shows how artists adopt magicians’ perception-shifting ploys and manipulate or redirect credulity in their explorations of the creative agency of illusion, the power of suggestion and the fragility of belief.

The exhibition also reveals how strategic misdirection and transformation can be employed in more ominous contexts such as subterfuge or propaganda.

This fully illustrated catalogue features essays by the exhibition’s co-curators Sally O’Reilly and Jonathan Allen, as well as a number of short texts by a rich variety of cultural commentators on the subjects of art, magic and illusion.