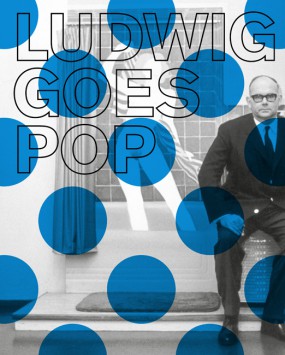 Ludwig Goes Pop tells the story of Peter and Irene Ludwig’s Pop Art collection and its surprising and rapid development during the art-market upheavals of the late 1960s.

With its unusual design, the book formally references the spectacular catalogue created by artist Wolf Vostell for the first exhibition of the collection in Cologne in 1968, Art of the Sixties.

Artists and contemporaries such as Jim Dine, James Rosenquist, Jasper Johns and David Hockney recount their personal experiences with the Ludwigs and their extraordinary passion for collecting.

Photos and documents supplement the comprehensive selection of major works of Pop Art.