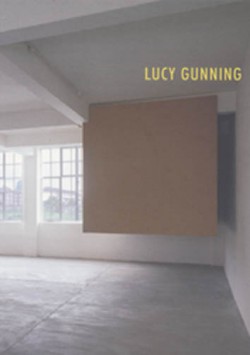 This is the first-ever comprehensive monograph of Lucy Gunning’s work 1993 – 2006. Lavishly illustrated, with essays by three renowned writers, it focuses on themes and concerns of this artist: behaviour and psychological space, performativity, the voice, and relationships between the mediums of film and video, architecture, performance and sculpture. The book looks in detail at the celebrated works Climbing Around My Room, 1994; The Horse Impressionists,1994; Intermediate II, 2001; Quarry, 2003; Esc, 2004; and Malcolm, Lloyd, Angela, Norman and Jane, 1997. Lucy Gunning’s work ranges from documentary style filming of real life subjects, to subjects that are structured and choreographed in order that she might film them. The emphasis is on behaviour of social groups or individuals, internal space / external space, habitable and inhabitable spaces, psychological space, and looking for spaces in between what already exists – and considering these in relation to the human condition.

£17.50
Buy now
(Your order will be fulfilled by Ingram Publisher Services)