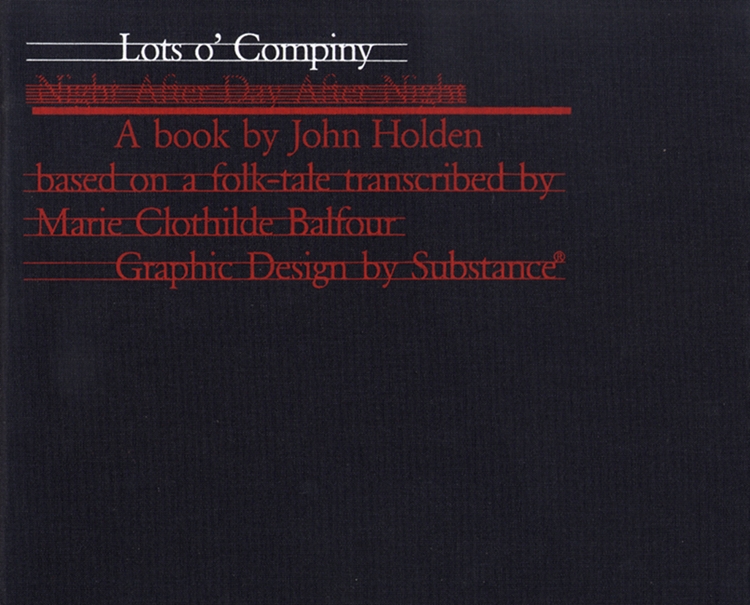 Lots of Company is a book based on a transcribed folk-tale by Victorian folklorist and writer Marie Clothilde Balfour. This tragic and nightmarish short story of supernatural beings and the undead is retold through a hypnotic fusion of image, typography and design.

The opening section is a passage through a familiar but unidentifiable urban space that is haunted by imaginary traces, symbols and fragments, with John Holden’s atmospheric photographs recording fleeting resemblances of both real and imagined places and events. The end section is a sequence of video stills bathed in a grey light, frozen in silent movement and placed alongside a series of discordant patterns. They are both expressionistic and highly structured, evoking a theatrical scenario of the comic macabre.

Along with the original text which was transcribed in a Victorian English dialect, the story is translated and printed in Chinese, using traditional calligraphic characters and ‘adapted’ contemporary English dialect version. The book is superbly designed by Neil Fletcher of Substance®, one of the UK’s most respected graphic designers.