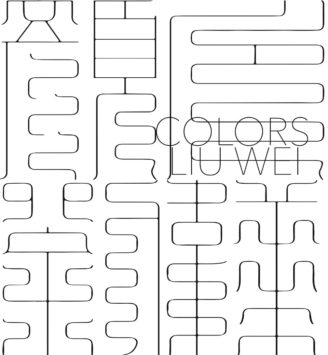 Having come of age in the heady period of rapid urbanization and artistic flourishing that preceded the Beijing Olympics, Liu Wei is heavily influenced by the instability and fluctuation of twenty-first century China. This catalogue shows a new body of his works, including painting, sculpture, video, and architectural-scale installation.

Running through Liu Wei’s art is a common formal language of space and material that emerges across a focused sprawl of disparate objects and mediums. We find ourselves in an immersive environment, an occupied city, where visitors can never quite get around, or away from. Looking closely, we may discern traces of the industrial systems and labour relations that gave rise to these objects.

Liu Wei was born in Beijing in 1972 and trained as a painter at the China Academy of Art in Hangzhou in the 1990s. He belongs to the generation of artists who began their careers amidst the flourish of visceral work and underground exhibitions that bookended the turn of the millennium.

Incised sheet metal, welded barriers and frames, a maze of taut-canvas shapes, a seamless wall of LCD screens showing only gradient hues, a warren of precisely jagged mirrored surfaces, vast piles of books sawed to look like stone, and of course, monumental paintings that originated as digital compositions and were completed by many toiling hands. This is Liu Wei’s aesthetic universe.