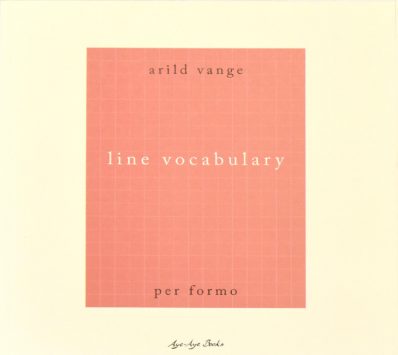 The work frames Vange’s writing in a tightly constrained format where tiny fragments pattern two broad forms: firstly, of expansion and contraction through nine letters of the alphabet in relation to vertical forms/standing figures; and secondly through a series of almost pastoral, horizon-based accumulations of images.

Line Vocabulary has been translated from Norwegian by Neil Davidson, working in close collaboration with Vange to produce this English-language iteration of the poet’s text.