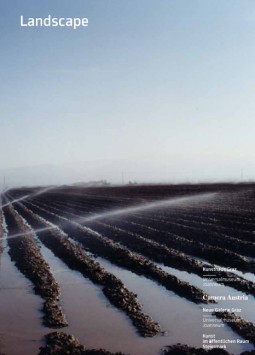 This comprehensive reader deals with the American landscape in the second half of the twentieth century. It illustrates how a romantic American tradition in the representation of the countryside reached an apotheosis at the same time in both hyperrealist painting and photography, one which is highly significant in the history and development of the concept of landscape.

The practice of Land Art is examined, as the starting point in a new form of landscape representation, as well as the more recent notion of landscape in terms of its political aspects.

The book includes theoretical texts that explore the various aspects of this huge theme, as well as short descriptions and illustrations of works, and biographies of the artists concerned.

Using the example of pioneering works from the 1960s, the exhibition Landscape in Motion shows that landscape is a term that is subject to continuous change in the human mind.

Film plays an essential role in this – as the prerequisite for capturing the reality of landscape, but also as a kind of catalyst that fundamentally influences these processes of perception.

Published on the occasion of the exhibition Landscape in Motion: Cinematic Visions of an Uncertain Tomorrow at Kunsthaus Graz, 13 March – 26 October 2015. 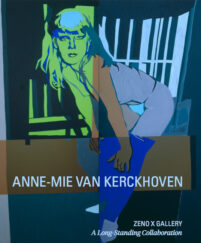