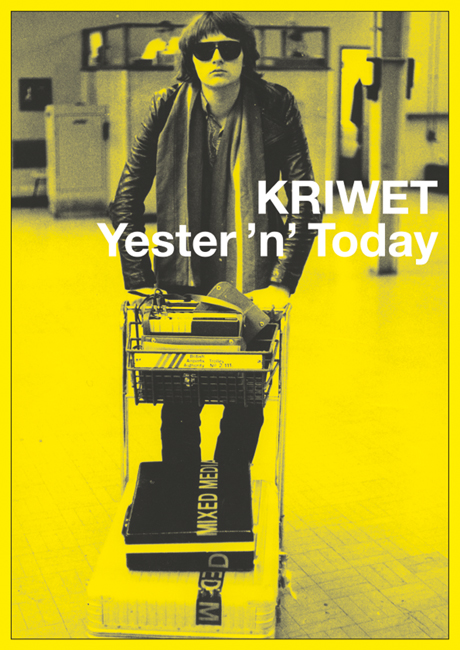 This is a survey of Kriwet’s works made over the past 40 years. Ferdinand Kriwet is regarded as a pioneer of media art.

Ahead of his time, he already dealt in the 1960s with our way of seeing that has been influenced by the sensory overload of the mass media in exhibitions, stage appearances and radio plays, analysing the process the language of television, advertising and photography.

Kriwet, whose work is rooted in concrete poetry, describes himself as a visual poet. Aside from his neon signs and wall paintings, the versatile Düsseldorf-born artist also worked in subsequent years on numerous art projects in conjunction with architecture. He furthermore produced a large number of texts for radio. .

Ferdinand Kriwet already wrote ROTOR, his first book to be published by DuMont Buchverlag, at the age of 19. His oeuvre encompasses paintings, music, texts and mixed media works.