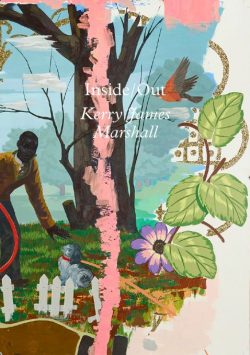 ‘At the same time that I’m talking about visibility and invisibility and that I am using the concepts of blackness, the figure seems to stay the same. The figure remains essentially black in every circumstance that you see it.’ — Kerry James Marshall

Kerry James Marshall (b. 1955) gave an important speech at Museum Ludwig on receiving the Wolfgang Hahn Prize in 2014, which is now being published as a book. He is as much a painters’ painter as an astute social critic and an authority on art history.

In the text he talks about his life, his interest in Afro-American culture, social injustice, race relations, power dynamics, and ultimately calls for the black subject, so long ignored in art history, to finally be represented — in reaction to the fact that beauty has been synonymous with being white through almost all of art history.

Published on occasion of the recipient speech of the Wolfgang Hahn Prize 2014, Museum Ludwig, Köln.