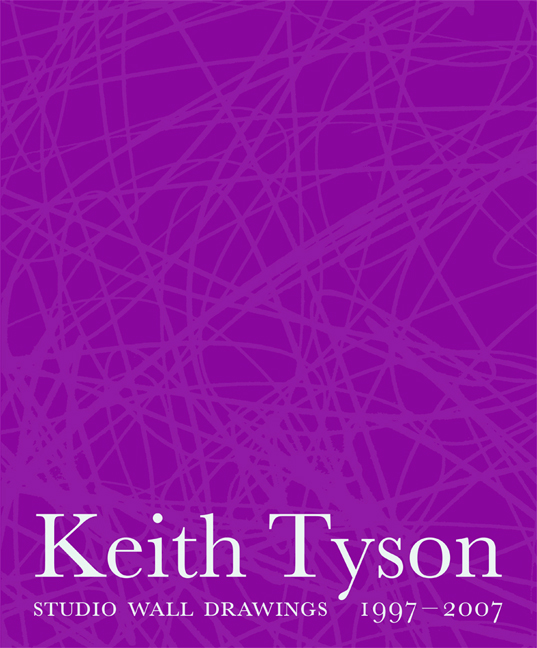 In the late 1990s, after years of working with machines and methods based on randomness, Keith Tyson began working on Studio Wall Drawings, which provided a more personal means of mapping out new ideas. Acting as large format notepads the subject of the works soon developed to include individual experiences and world events. The day oil prices reached $50, the birth of Tyson’s first child, foot and mouth disease, and the artist’s own conception are some of the moments recorded.

Keith Tyson: Studio Wall Drawings 1997 – 2007 comprehensively catalogues this major body of work in a single volume with large scale illustrations of all 373 Studio Wall Drawing works completed to date. This includes the monumental new work From August 1969 to October 2007: Song of Myself… (2007), a 24-part drawing mapping the locality of Tyson’s upbringing in Cumbria and the largest work in the series to date. This ambitious new publication also contains a revealing interview with Beatrix Ruf (director, Kunsthalle Zürich) and an essay by Simon Grant (editor, TATE ETC. magazine).

£75.00
Buy now
(Your order will be fulfilled by NBN International)