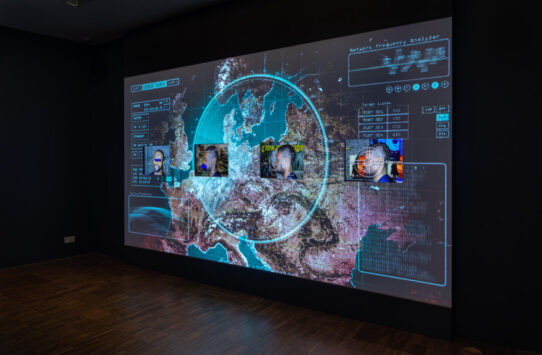 ‘Jet Black Futures’ is an ongoing project by Keith Piper encompassing a number of existing and proposed works, texts and interventions, exploring issues of ‘race’, speculative futurism and technology in the age of anxiety.

The project will manifest as a major solo exhibition in Walsall, comprising both brand new and recent works, elements of which will be shown later in Luton. Piper’s exhibition ‘Body Politics’ held at Wolverhampton Art Gallery in 2019 will also feature.

Keith Piper was a founder member of what came to be known as the BLK Art Group, formed in Wolverhampton in the 1980s, with a range of artists including Eddie Chambers, Donald Rodney and Marlene Smith.

Against a context of political unrest and widespread racial discrimination, these artists fought for their place in the art world and paved the way for the career development of many other artists, as well as forcing the sector to confront the harsh reality of institutional racism.

Published on the occasion of the exhibition, ‘Keith Piper: Jet Black Futures’ at The New Art Gallery Walsall, 14 January – 24 April 2022.