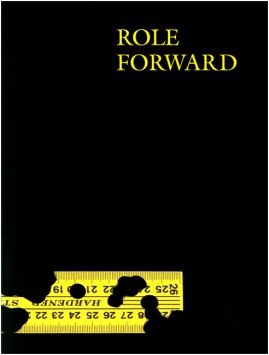 This is the first monograph produced on the Glasgow based artist Kate Davis. It charts the development of her work over the last six years culminating in a two person show with Faith Wilding at the CCA Glasgow in April 2010.

Through this period, Davis’ work has evolved into the production of bodies of work, creating carefully composed environments which incorporate drawings, collages and sculptural objects.

These installations seek to pose questions, or seek to manifest Davis’ responses to the practice of other artists, whilst commenting on the ever-shifting political, sociological and cultural environments in which art is produced.