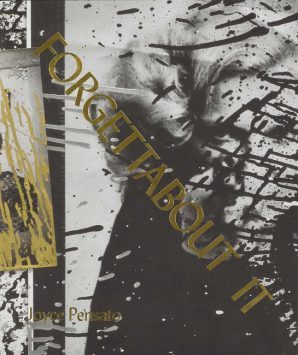 This catalogue is a survey of Joyce’s collaboration with Lisson Gallery over the last three years. It is vaguely chronological, but not meaningfully so; it is loosely ordered by medium, subject and style but with only an idiosyncratic logic of the eye.

Featuring an entirely new body of work, encompassing large-scale paintings, drawings and a site-specific wallpaper installation. The exhibition sees the return of Pensato’s familiar cast of cartoon characters while marking important new developments in the artist’s practice in terms of movement, colour and scale.

An alumna of the New York Studio School in the 1970s, where she was mentored by influential artists such as Joan Mitchell, Pensato challenged the school’s strict figurative life drawing practice and painted directly from cardboard cut-outs, dolls and photographs as a replacement for the traditional fruit of still lifes.

Her humorous, innovative and critical translation of comic-book imagery, combined with a ferocious application of paint, positions Pensato between the illustrative figuration of Pop Art and the gestural physicality of Abstract Expressionism.

Born in Brooklyn, New York, where she continues to live and work, Joyce Pensato paints exuberant and explosive large-scale likenesses of cartoon characters and comic-book heroes.

Published on the occasion of the exhibition, Joyce Pensato: FORGETTABOUT IT at Lisson Gallery, London (19 May – 24 June 2017).