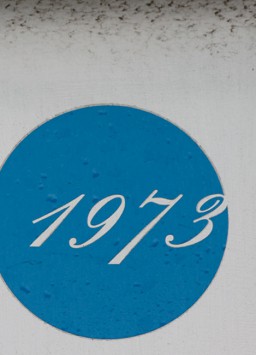 1973 is a text and image based exploration and extension of Jordan Baseman’s use of creative non-fiction practices, focusing primarily on interviews with specific participants. This publication directly reflects the process through which Jordan creates the spoken word narrative soundtracks within his filmmaking practice.

1973 and a new film, Green Lady, were developed and produced alongside Jordan Baseman’s 2011 residency at St. John’s College, University of Oxford.

Jordan interviewed the cultural commentators Jonathan Griffin, Patricia Lyons and Pamela Church Gibson about their experiences and thoughts regarding the film. These interviews have been edited into narratives: soundtracks for never to be made films.

These texts are not essays, nor commissioned creative texts. They are manufactured prose derived directly from the interview process and the participants’ experiences of the film Green Lady. A transcript from the film accompanies these texts. 1973 is further enhanced by the inclusion of 16 colour images created specifically by Jordan Baseman.