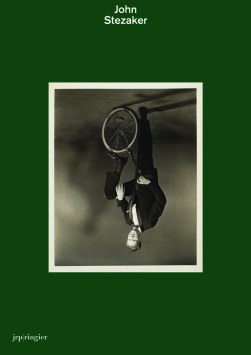 John Stezaker’s work re-examines the various relationships to the photographic image: as documentation of truth, purveyor of memory, and symbol of modern culture. In his collages, he appropriates images found in books, magazines, and postcards, and uses them as ‘readymades’.

Through his elegant juxtapositions, Stezaker adopts the content and contexts of the original images to convey his own witty and poignant meanings. In this new book, he started with found images—resorting stylistically to Hollywood’s golden era—which find a new life on these pages, as much as a new meaning, if not aura.

This beautiful large-format artist’s book features Stezaker’s ‘readymade’ works from 2005-2015, which are complimented by earlier examples from the late 1970s.