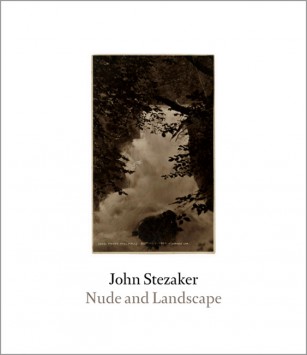 John Stezaker’s found images, collages and image fragments are most associated with cinematic imagery, however it is the other found-image sources which he has worked with over the past 30 years which is the focus of this publication; notably the artist’s Bridge collages and the anatomical nudes of his Fall and Expulsion series.

This catalogue, published in association with Rosenwald-Wolf Gallery, Philadelphia, which showed the exhibition John Stezaker: Nude and Landscape in October 2011, centres on Stezaker’s works from the 1980s when he switched from the cinematic imagery of the 1970s towards ‘an engagement with the culture of the image to the nature of the image’.

The catalogue presents many new works that have not been shown before and, interestingly, also unaltered found images so similar to the Stezaker collages that they are only identifiable when focussing on the absence or presence of the artist’s cut.

Over 40 full colour images are accompanied by texts by curator Sid Sachs, who explores the relationship between the landscape and the nude, and Elizabeth Manchester who looks at the notion and role of ‘The Source’ in Stezaker’s work.