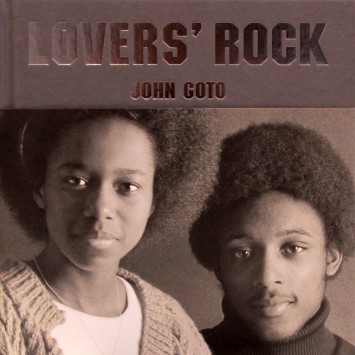 Lovers’ Rock is a series of portraits created in Lewisham, South London in 1977. At the time, John Goto taught evening classes in photography and film for two years at Lewisham Youth Centre, where this series was taken. Since then, the negatives have lain dormant in his studio.

The unselfconscious engagement of the subjects in front of the camera can be, in part, explained by their familiarity with the photographer, who was not much older than the sitters.

The series is entitled Lovers’ Rock after a musical sub-genre that grew out of the South London reggae scene in the mid-1970s. In 1975, the singer Louisa Mark cut the first Lovers’ Rock hit with Caught You in a Lie.

“The series grew out of my daily life. I wasn’t parachuted into the context by a commissioning agency, rather I was a hard-up young artist who taught photography evening classes for two years at a local youth centre, to help supplement my income and support my family. But I also really enjoyed the work. The young people were a mixed group of working-class kids and the lessons informal and improvisational. […]  I set up a makeshift studio in a room adjacent to the dancehall where I photographed the young people, readied for their evening out. So the motivation wasn’t for posterity, career or money, it was because I thought it the artist’s job to tell of their time, as best they could, and this was a part of my time.” — John Goto (interviewed in Photomonitor online, November 2013).