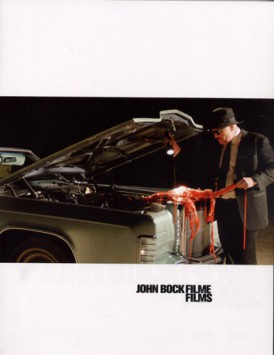 John Bock, who is particularly well known for his spectacular, comically-grotesque action art, has increasingly turned towards film in recent years. Films provides an overview of the first short videos alongside the longer, narrative films in which Bock has recently worked with actors and real sets. Film stills, set photography and texts which come from an art historical as well as cinematographic perspective illustrate the individual works. To consider film from the range of its technical production as well as from an aesthetic point of view is an essential aspect of the book. Includes a conversation between Esther Schlicht and John Bock.