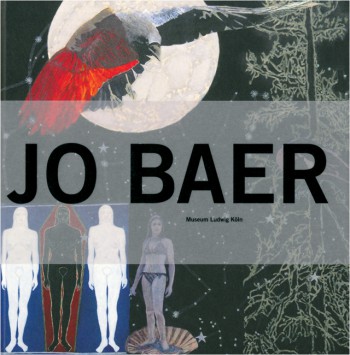 Jo Baer is considered one of the pioneers of minimalism. In 1975 she turned away from minimalist painting and towards a figurative formal language.

The catalogue thematises this break and simultaneously works on the connection between the two groups of work. In addition, the largely unknown drawn works are introduced for the first time and placed in a relation to Baer’s paintings.

Baer is presented as a highly independent artist, whose work breaks away from the conception of a linear artistic career. This publication is the first comprehensive monographic catalogue of works of one of the most important minimalist artists.

Published on the occasion of the exhibition at Museum Ludwig, Cologne, 25 May – 31 August 2013.