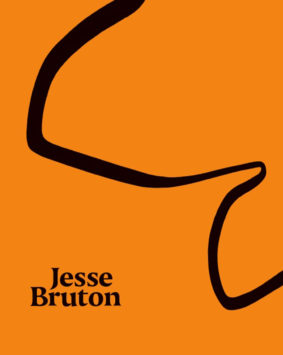 This catalogue accompanies Ikon’s exhibition by Jesse Bruton (Ikon Gallery, 6 July – 11 September 2016), one of the founding artists of Ikon.

The exhibition tells the fascinating story of his artistic development, starting in the 1950s and ending in 1972 when Bruton stopped painting to embark on a career in picture conservation.

‘Like a number of his contemporaries, Bruton developed an artistic practice inspired by landscape and many of his early paintings were of the Welsh mountains and the Pembrokeshire coast. Alive to the aesthetic possibilities of places he visited, he made vivid painterly translations based on a stringent palette of black and white. They re ected his particular interest “in the way things worked, things like valleys, rock formations and rivers.” (Ikon Gallery website)

The catalogue is fully illustrated and includes text by Jonathan Watkins, Ikon Director.