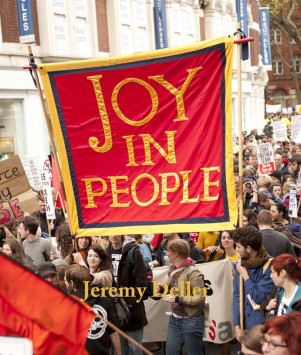 Turner Prize-winning artist Jeremy Deller has been a hugely influential figure in the story of British art over the past two decades, helping to rewrite the rules of contemporary artistic practice.

This comprehensive catalogue is published on the occasion of Deller’s first major survey exhibition, staged at London’s Hayward Gallery (22 February – 13 May 2012).

Published on the occasion of Jeremy Deller’s survey exhibition at the Hayward Gallery, London, this is the first book to cover the career of this important British artist.