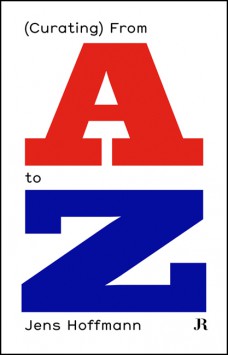 Reprinted due to popular demand.

(Curating) From A to Z offers a summary of the development of curatorial practice over the last two decades seen through the eyes of curator Jens Hoffmann. In this publication each letter of the alphabet evokes a particular word related to the world of exhibition making: From A (as in Artist) and B (as in Biennial) to R (as in Retrospective) and W (as in White Cube).

Employing a diarist style, the curator presents his personal curatorial alphabet with a similar transparency and the same idiosyncratic character revealed in many of his exhibitions. The entries are not only stimulating and intellectually rigorous, but also emotionally engaging.

Jens Hoffmann is a writer, exhibition maker, and educator. He currently is Deputy Director of The Jewish Museum, New York. He has published widely in journals and museum publications and has written over 200 texts on art and exhibition making over the last 15 years. His most recent books include The Studio (2012), as well as Show Time: The 50 Most Influential Exhibitions of Contemporary Art (2014).

He is the founder and editor of  The Exhibitionist: Journal on Exhibition Making. Most recently he co-curated the 9th Shanghai Biennial (2012-13) and the 12th Istanbul Biennial (2011).

Published in the HAPAX series. 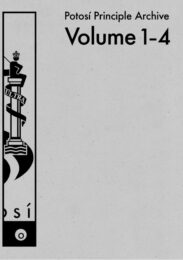