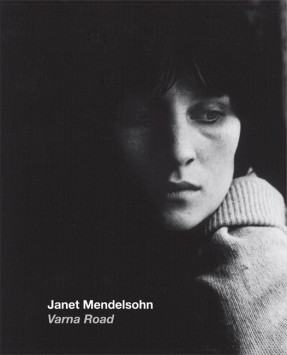 “Mendelsohn’s monochrome images are striking: despite the bleak surroundings they have a wide-eyed quality that captures the details of her subject’s lives.” — Josh Allen (Apollo Magazine, 26 January 2016)

This book accompanies the largest exhibition to date of photographs by American academic and documentary filmmaker Janet Mendelsohn.

Part of a ‘photo-essay’ Mendelsohn made as a student at the University of Birmingham during 1967–69, the photographs depict everyday life in the inner-city district of Balsall Heath, focusing in particular on a sex worker, referred to as Kathleen, with whom Mendelsohn formed a close relationship.

By using photography as a ‘tool for cultural analysis’, she provides a unique insight into a transforming community, shaped by increasing immigration from the Caribbean and South Asia, and affected by ongoing poverty-related issues.

During the late 1960s Balsall Heath was Birmingham’s largest red light district, a place of work for some 200 prostitutes. Mendelsohn provides an extraordinary insight into these women’s lives, their domestic arrangements and personal relationships as well as the nature of their profession.

This catalogue accompanies the first exhibition of Mendelsohn’s Varna Road photographs since they were shown at The Carpenter Center for the Visual Arts at Harvard in 1970. It includes texts by Kieran Connell, Queen’s University Belfast; Matthew Hilton, University of Birmingham; Val Williams, curator and author; Mendelsohn’s interviews with Kathleen, and other residents of Balsall Heath.

Published on the occasion of the exhibition Janet Mendelsohn: Varna Road, at Ikon Gallery, 27 January — 3 April 2016.