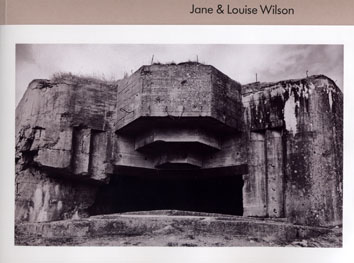 Published to accompany Jane & Louise Wilsons’ exhibition at Haunch of Venison Zürich, this catalogue reproduces a series of photographs of abandoned World War II coastal bunkers along the old Atlantic Wall in Normandy, and installation shots of the video installation Sealander.

‘The title of Jane & Louise Wilson’s new installation at Haunch of Venison, Zürich, poses an immediate contradiction. Sealander (2006) contains both land and sea, as well as evoking an action or movement with its suffix, as if land and sea were not only nouns but verbs. This movement is reflected in the Wilsons’ camera, as it cuts between images of decayed, abandoned World War II coastal bunkers and footage of a rare deep sea squid continuing its silent, repetitive trajectory.’ — Darian Leader