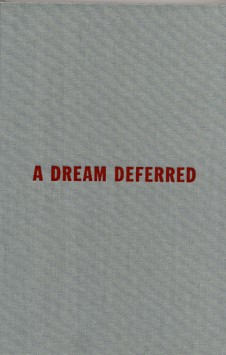 Jamie Shovlin’s A Dream Deferred is a subjective exploration of American history, politics and culture, taking as a framework the artist’s parents’ record collections; the US-dominated soundtrack of his early life. A series of large-scale paintings appropriate imagery from the covers of records by Bob Seger, Hall & Oates and the Eagles, painted using techniques associated with modern American masters such as Ellsworth Kelly, Kenneth Noland and Frank Stella.

The project also includes drawings, prints, photographs and sculpture, as well as filmed interviews with Shovlin’s parents. Jamie Shovlin – best known for a series of extraordinary projects, including Naomi V. Jelish (2001 – 2004) and Lustfaust: A Folk Anthology 1976 – 81 (2003 – 2006) – is widely regarded as one of the most exciting and original artists currently working in the UK.