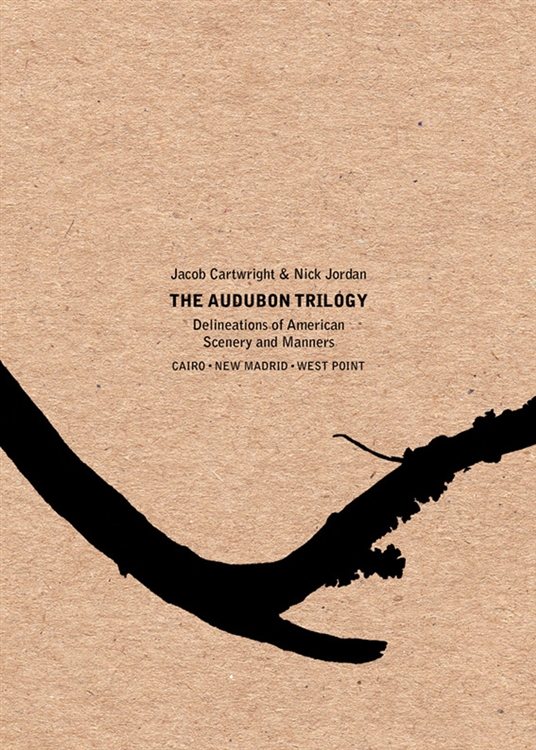 The Audubon Trilogy: Delineations of American Scenery & Manners is a chapbook and DVD publication featuring Cairo, New Madrid and West Point, a trilogy of short films which draw upon the writings of the 19th century artist, ornithologist and frontiersman John James Audubon, renowned for his epic publication The Birds of America (1836).

The artists deploy a part-documentary approach, filming a wide and varied topography, from bald eagle flocks and tupelo swamps to dilapidated towns and road kill. The films reference themes of exploration and romanticism; our relationship to a disappearing wilderness; species extinction; social change, and economic rise and fall.

Published on the occasion of the Cartwright and Jordan exhibition Cairo: The breaking up of the ice, at Cornerhouse, Manchester, 22 January – 28 February 2010.

Published by Dedecus in association with Cornerhouse.

£12.99
Buy now
(Your order will be fulfilled by NBN International)