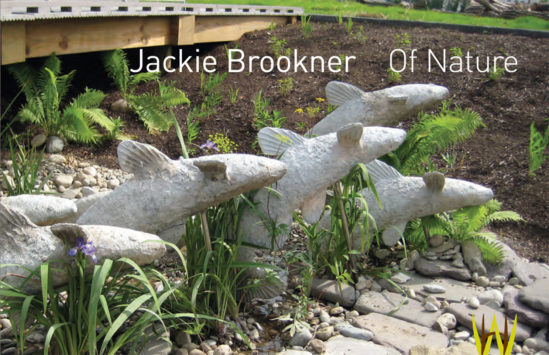 ‘The major theme of all of my work is that humans are part of larger natural patterns and that we are dependent upon the natural systems that support our lives.’ – Jackie Brookner

This publication celebrates the first retrospective to trace the work of Jackie Brookner (1945–2015). Dedicated to environmental issues, she was one of the most influential eco-artists of her generation. Her ground-breaking, remediative sculptural environments (biosculptures) were designed as ecological filters to cleanse grey water, urban storm water and agricultural runoff.

Of Nature includes Brookner’s early bronze sculptures derived from human and plant forms, and (rarely exhibited) monoprints and drawings from the 1980s, as well as documentation of her public projects in the United States and Europe.

She not only made environmental concerns visible, but increasingly catalysed people in a process to define spaces in their communities. A notable example of this is her seminal, Of Earth and Cotton project, which travelled through the American South in the 1990s.

Jackie Brookner was based in New York for her entire artistic career. A passionate teacher, she inspired students at Parsons The New School for Design from 1980 until her death. From 2000 on, she created public projects for wetlands, rivers, streams and storm-water runoff that unite water remediation and public art.

Published by Wave Hill in partnership with Gaia Project, on the occasion of the exhibition, Jackie Brookner: Of Nature at Wave Hill, Glyndor Gallery, New York (13 September – 4 December 2016). 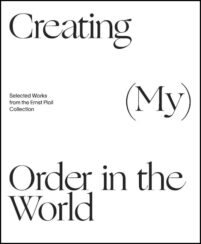