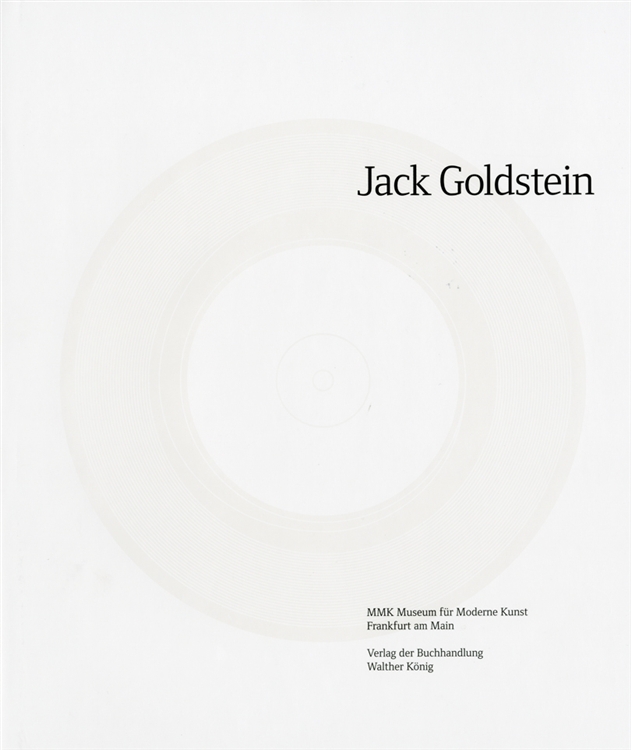 Jack Goldstein (1945 – 2003) is one of the most important artists-artists of the past 30 years. Priced by colleagues and a specialist audience around the world, his work remained inaccessible to the wider public for a long time.

In the 1980s, Goldstein was considered one of the most important exponents of the so-called Picture Generation, alongside Richard Prince, Sherrie Levine, Robert Longo and David Salle. His extraordinary oeuvre is characterised by its diversity and independence: it encompasses performances, films, LPs, paintings, graphically designed aphorisms and texts.

The exhibition in MMK is the first comprehensive Goldstein museum exhibition in Germany since 1985. This extensive catalogue contains illustrations of all the exhibited works, an interview with Jack Goldstein from 1985 by Christ Dercon as well as written pieces by Klaus Görner, Chrissie Iles and Shepherd Steiner.