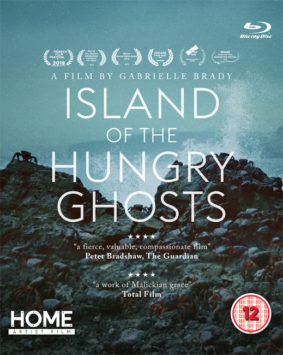 Island of the Hungry Ghosts takes place on the remote and extraordinary Christmas Island.

Home to few human inhabitants, it’s famous for one of the world’s largest land migrations – that of 50 million crabs making their voyage to the ocean’s edge – but has a more troubling relationship with human migration, with its jungle hiding Australia’s biggest offshore refugee detention centre.

The only connection to the outside world for these asylum seekers is counsellor Poh Lin Lee.

Winner of the Best Documentary award at Tribeca, the first feature documentary from Gabrielle Brady is an all-encompassing, lyrical and deeply moving tribunal on inhumanity.

“Island of the Hungry Ghosts explores, with great delicacy, the agony of living in limbo” –  The New York Times

“Island of the Hungry Ghosts occupies an eerie netherworld between documentary, drama and poetry” – Mark Kermode

“In this hard-hitting documentary, Gabrielle Brady draws devastating parallels between the natural, human and spiritual worlds to highlight the appalling depths of the planet’s refugee crisis” – Sight & Sound

“A powerful and moving story from inside Australia’s Guantanamo… Brady’s film is a lyrical, dream-like journey into darkness” – The Guardian